I was not supposed to go there, this summer I had not so much time or economic resources to spend in vacation, so I decided to go last second. I was supposed to fly for a week to Piazza Armerina, an old like sicilian spot but with a beautiful ancient roman villa, and then a friend of mine told me she was going to Castellammare del Golfo. After some Googling around, I decided to go, the seaside was too beautiful to be missed and also the surroundings. Arriving there was really tasting the sicilian way, and by the way, when you step out of the airplane in Palermo, I advice you to take the train that goes to Trapani, instead of the bus. From Punta Raisi station You will have a little stop at Piraineto and the take a little train to Castellammare. It moves along the coast through some of the most well know towns there: Cinisi, Terrasini, Partinico, Carini, where some awful stories took place, but also some romantic one: remember the legend of the Baroness of Carini? 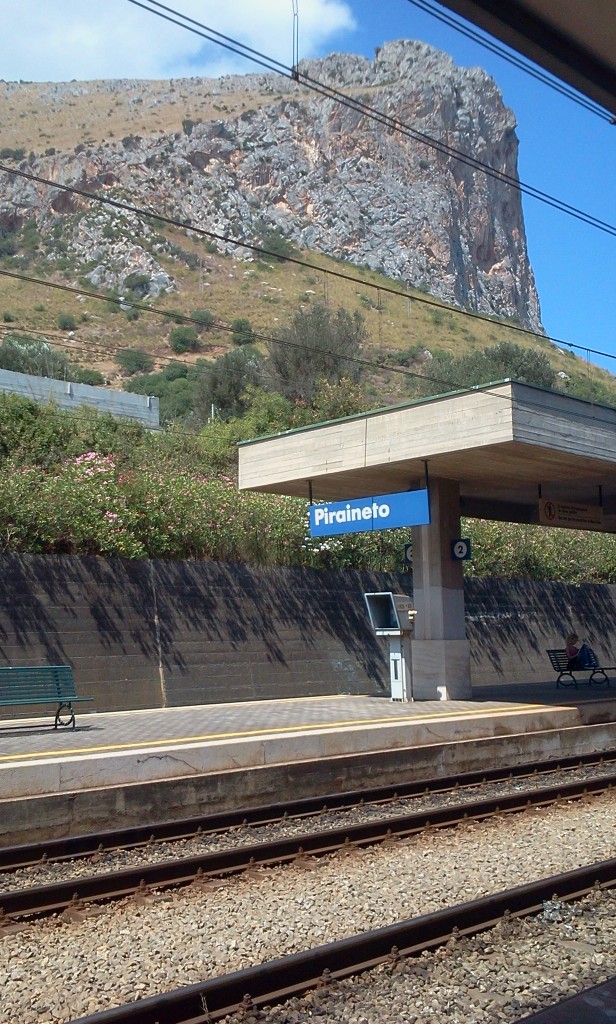 The train goes slow and stops frequently so it allows you to watch the countryside near the see, the prickly pears everywhere around, and also the low and bright white houses that look like middle east buildings.

The station is 5 minutes drive far from the center but you can take the bus to arrive there, a little walk and then the medieval center opens up, showing one of the most beautiful little towns of that part of Sicily. Just walk around, look up to the ancient buildings, to the people, to the colours and then go down to the seaside walk till the castle (built by the arabs), where you will find a beautiful view over the marina and the a little square (if you happen to go there in july, you will assist to one of the most important jazz festivals of Italy).

Don’t forget to stop at the bar in the corner to taste a wonderful cucumber granita.

The castle is now a museum about the history and life of the city: you will find a repertoire of the most important films shooted there (Ocean Twelve,Commissario Montalbano, Il Siciliano and many others), but also important objects describing the relationship between the man and the sea. The spiral staircase that leads to the tower (not visitable) is unique. 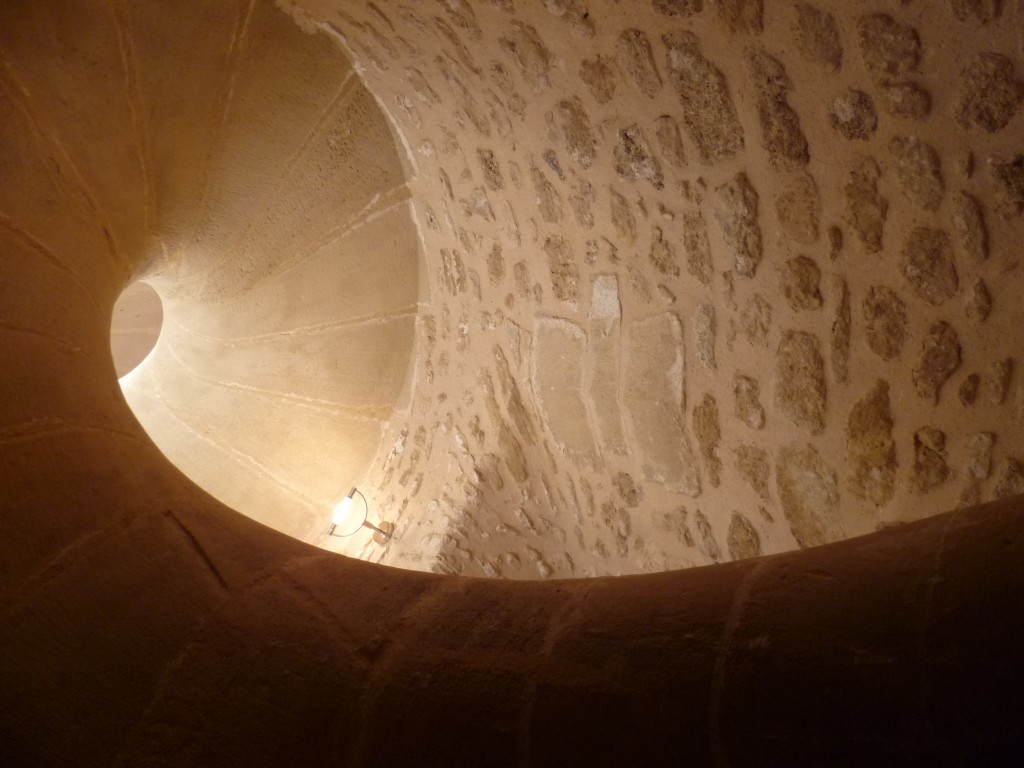 The Spiral Staircase in the Castle

But Castellammare was also a very important cultural center in tha past with a well conserved theatre in the upper part of the town. Do not forget to visit the Villa (just 100 mt along the way up), a little parc where you can see the gulf, stop a while under the high palms and their shadow, and hear the high-pitched voice of the seagulls, calling each other. 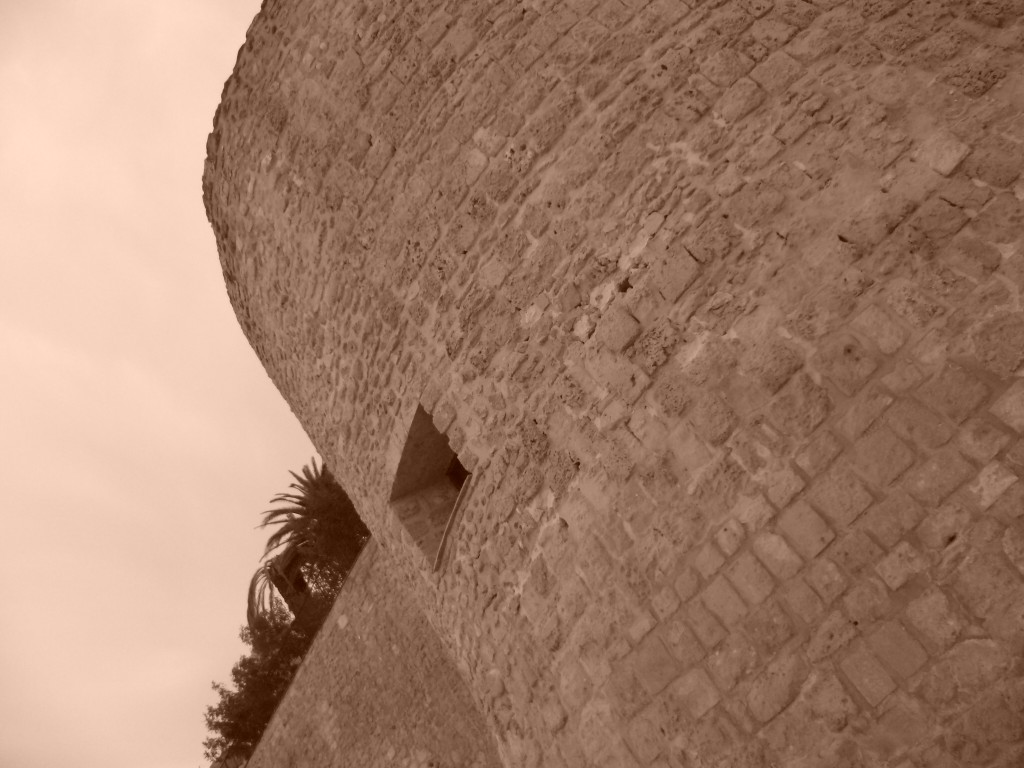 You can keep on walking around, Castellammare is the proper place to explore withouth getting lost, and you will find the Chiesa Madre, built in the XVIth and dedicated to the Madonna del Soccorso. If you go in August you will see the great historic commemoration which is one of the main events in the summer. Every 2 years it held place another important celebration that remebers the british attac to the harbour of Castellammare in 1718 to defend some spanish troups, shielded there.In that occasion the Virgin Maria appeared behind the mountain and protected the town.

In the main street, via Marconi, you can find some interesting typical shops and wineshops and if turn to via Garibaldi, don’t forget to stop at Gelateria Garibaldi and have the better pistacchio ice-cream of the town, made by Vincenzo.

Bronte’s Pistacchio is the real thing here, you will never forget the mixed salt and sweet flavour cuddling your tongue and mouth while tasting it! 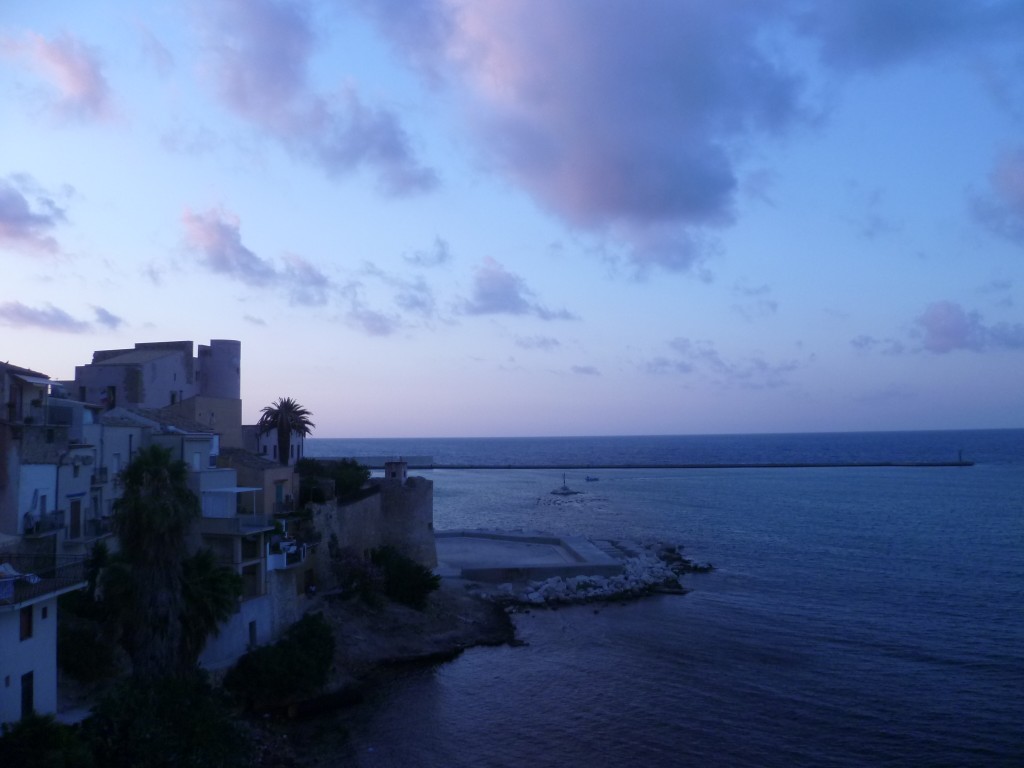 The night here can be a very romantic one (well I guess!) Town has a variety of intimate and glamorous places to go for a stroll, before going to dinner. There is also a little and curious  flea market in front of the see whare you can find some local artisans with their stuff. But if you want to taste a very special trapanese dinner, then go to the Muciara du Rais where the chef Sergio Barone, will enchant you.